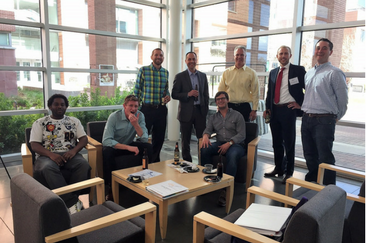 On Wednesday May 10, Colorado Business Committee for the Arts (CBCA) will graduate the 20th Anniversary Leadership Arts class. This milestone highlights CBCA’s ongoing legacy of advancing Colorado’s creative economy by connecting business and the arts. Leadership Arts is a nine month training program that prepares individuals to serve on nonprofit boards of directors and increase their civic engagement in the arts. CBCA has graduated over 750 people in the past 20 years in the Denver metro area. These graduates have gone on to serve in over 650 volunteer leadership positions.
Also on May 10, CBCA will present its Cultural Leadership Award to Matt Meier of Ligature Creative Group. This award recognizes outstanding alumni who have made or continue to make a significant impact on arts and culture in Colorado. The Denver Post Community is a proud supporter of CBCA.
To learn more about CBCA and the Leadership Arts program, click here.
https://www.denverpostcommunity.com/wp-content/uploads/sites/3/2013/07/Untitled-design-2.png 243 366 sschafer https://www.denverpostcommunity.com//wp-content/uploads/sites/3/2014/02/dpcHeaderLogo-300x96.gif sschafer2017-04-26 04:52:422017-04-26 04:52:42Colorado Business Committee for the Arts Leadership Arts Celebrates 20 Years 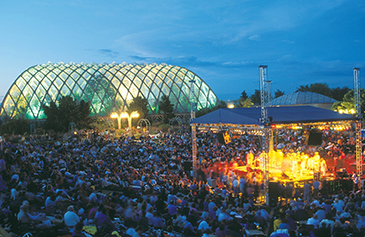 Get ready for another year of spectacular talent at the Botanic Gardens Summer Concert Series presented by UMB Bank. The stellar lineup kicks off with TajMo: The Taj Mahal and Keb’ Mo Band and continues with a variety of musical offerings including
Mary Chapin Carpenter w/ special guest Sarah Jarosz, Buddy Guy, Randy Newman, and Jose Gonzalez to name a few. The concerts at the UMB Bank Amphitheater at York Street and Denver Botanic Gardens Chatfield Farms offer the unrivaled ambiance of thousands of blooming plants and the crystal clear music of some of the world’s most sought after artists. The Denver Post Community is proud to support this summer tradition.
For more information on the Denver Botanic Gardens Summer Concert Series and to view the 2017 lineup, click here.
https://www.denverpostcommunity.com/wp-content/uploads/sites/3/2016/05/botanic.jpg 237 365 sschafer https://www.denverpostcommunity.com//wp-content/uploads/sites/3/2014/02/dpcHeaderLogo-300x96.gif sschafer2017-04-26 04:49:402017-04-26 04:49:40Denver Botanic Gardens Summer Concert Series Announced 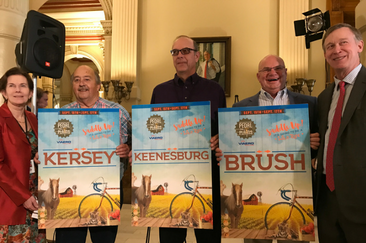 On Monday, April 17, the 2017 Denver Post Pedal The Plains Bicycle Tour route was announced at the State Capitol by Governor Hickenlooper and Tour Director, Renee Wheelock. This year’s ride will take place September 15-17 and travel through Kersey, Keenesburg, and Brush, Colorado.
This one-of-a-kind annual cycling event began in 2012 and is produced in partnership with the Governor’s Office. It celebrates the agricultural roots and frontier heritage of Colorado’s Eastern Plains. Described by the Governor as “a ride for the rest of us,” Pedal The Plains seeks to engage riders of all abilities, from seasoned cyclists to first-time riders, in an educational and recreational experience.  The 2017 Tour will highlight three unique and charming communities: Kersey: A Great Place to Grow a Family;  Keenesburg: the Home of 500 Happy People and a Few Soreheads; and Brush! Homegrown Happiness!
Pictured: Lieutenant Governor, Donna Lynne joined Governor John Hickenlooperin celebrating the announcement with Bob Kellerhuis, Mayor of Kersey; Danny Kipp, Mayor of Keenesburg; and Chuck Schonberger, Mayor of Brush.
Proceeds benefit The Denver Post Community Foundation. To learn more and to register for Pedal The Plains, click here.
https://www.denverpostcommunity.com/wp-content/uploads/sites/3/2013/07/Untitled-design-1.png 243 366 sschafer https://www.denverpostcommunity.com//wp-content/uploads/sites/3/2014/02/dpcHeaderLogo-300x96.gif sschafer2017-04-26 04:47:222017-04-26 16:07:29The Denver Post Pedal The Plains Route is Officially Announced 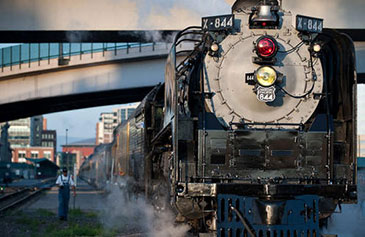 Mark your calendar for Sunday, April 30 for a chance to join us on this historic journey aboard the Union Pacific’s steam locomotive No. 844 to the Cheyenne Frontier Days “Daddy of ’em All” Rodeo in Wyoming on Saturday, July 22. This full day of western fun includes a catered breakfast and dinner on the train, a barbecue lunch in Cheyenne and prime seating at the rodeo itself.
This is such a unique and popular tradition that an online ticket lottery was implemented for ticket requests. The lottery registration is open Sunday, April 30 through Wednesday, May 10 for the 2017 trip. Potential guests can register anytime during these dates and lottery winners will be notified of their selection by June 1.
The Denver Post Cheyenne Frontier Days Train is presented by MDC/Richmond American Homes Foundation. Proceeds benefit The Denver Post Community Foundation.
For more information on The Denver Post Cheyenne Frontier Days Train, click here.
https://www.denverpostcommunity.com/wp-content/uploads/sites/3/2016/04/train16.jpg 237 365 sschafer https://www.denverpostcommunity.com//wp-content/uploads/sites/3/2014/02/dpcHeaderLogo-300x96.gif sschafer2017-04-26 04:43:262017-05-19 22:33:54All Aboard! Denver Post Cheyenne Frontier Days Train Registration Lottery Opens April 30 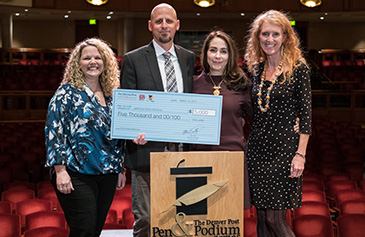 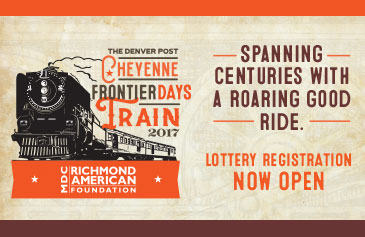 The Denver Post Cheyenne Frontier Days Train, presented by MDC/Richmond American Homes Foundation, is Saturday, July 22. Mark your calendar for Sunday, April 30 through Wednesday, May 10 to sign up for the lottery for a chance to take part in this full day of western entertainment. We look forward to another memorable journey on the Union Pacific’s steam locomotive No. 844 to the “Daddy of ’em All” Rodeo. Proceeds benefit The Denver Post Community Foundation.  For more information on The Denver Post Cheyenne Frontier Day Train, click here. 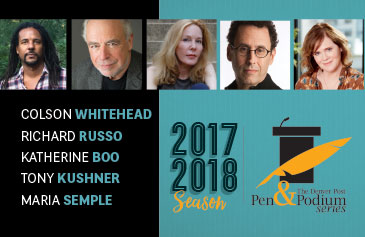 On Monday, March 13, the new Pen & Podium season’s authors and dates were announced to the sold out crowd of more than 800 subscribers and their guests. We are excited to welcome Colson Whitehead on Monday, September 25, 2017; Richard Russo on Monday, November 13, 2017; Katherine Boo on Monday, February 5, 2018; Tony Kushner on Monday, March 12, 2018; and Maria Semple on Wednesday, May 16, 2018. Current Pen & Podium Subscriber renewal packets were sent out mid-April. If you are interested in becoming a future Pen & Podium Subscriber, please click here to join our Early Bird Information email list to have a chance to purchase season tickets before they go on-sale to the general public.
For more information on Pen & Podium, click here.
https://www.denverpostcommunity.com/wp-content/uploads/sites/3/2013/07/penpodium-tile.jpg 237 365 sschafer https://www.denverpostcommunity.com//wp-content/uploads/sites/3/2014/02/dpcHeaderLogo-300x96.gif sschafer2017-04-26 03:36:282017-05-25 19:03:392017-18 Denver Post Pen & Podium Series Authors Announced